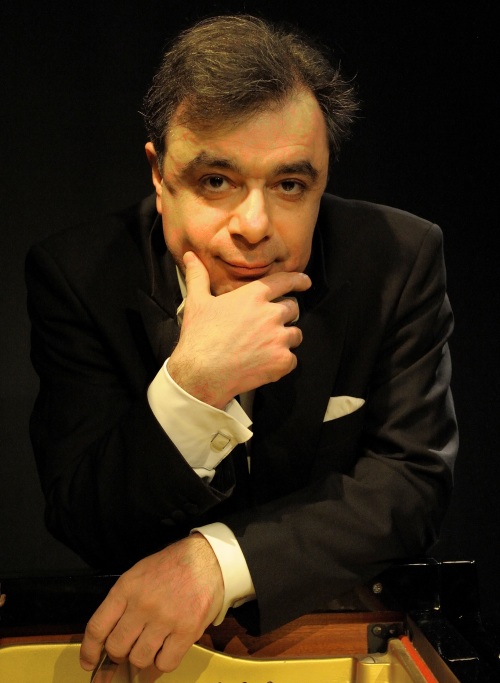 "… Its a pure happiness to see his fingers gliding on the keyboard and hearing his pieces that indulge in dreams" (La République du Centre, 2009)

"…Power and expressive lyricism, which takes the listener into the depth of romanticism, giving enthusiasm and passion. His touch charms with its elegant and brilliant style, with a gentle and melodic charm…." (Badische Zeitung, 2005).

Concert pianist and composer, Gérard Gasparian performs for many years in Europe and in Eastern Europe, as well as soloist with orchestra as in chamber music. He performed in particular at the Salle Gaveau in Paris, at La Fenice in Venetia, Victoria Hall in Geneva, at the Opéra de Rouen, at the Berlioz festival, Vigan festival , Nancyphonies, Vexin festival, Richelieu festival, lEure poétique et musicale festival, Concentus Moraviae (Czech Republic), in Italia, Spain, Switzerland, Germany, Japan, Russia, Yugoslavia, Armenia…

Born in Eravan, in a musicians family and settled in France since 1974 in order to continue his studies at the Paris Conservatory, where he got several first prizes.
He is also a composer and his scores are published by Combre, Billaudot and Max Eschig.

In 2009, he produced the first global transcription for solo piano of "Rondes de printemps" by Debussy, an extract of images for orchestra that he created in April 2009. This work will be published by Durand at the end of 2011/2012.
In 2010, he created his piano sonata in three movements at the Vexin festival.
Since 2008, he is the artistic adviser at the international festival "lEure poétique et musicale" in Normandy (www.festivaleure.com).

At the same time, he teaches piano in Paris conservatories and in Noisy le Grand and also taught in summer international academies such as Flaine, Nancyphonies and Mende.